Having had my sparkly new black iPhone 3GS for some weeks now, it is well past my normal “novelty-wearing-off time” in which the greatest NEW thing normally becomes somehow… normal – and yet I still feel that somehow life has changed irrevocably in a small but worthwhile way.

The problem is in the title “iPhone”. In reality these devices have been so much more than phones for some time. I’ve been using Microsoft smartphones for some years and recently there have been times when I’ve left the laptop back at the office and relied on the mobile for email. This works only so well because of the limited keyboards but it sure beats carrying a huge laptop around. The MS phones are also ok for the odd game of backgammon on the train and the addition of WIFI makes them handy for receiving RSS news – ie BBC news etc. But that’s about it. They soon become out of date and Orange and some other providers don’t exactly fall over themselves to encourage updates. 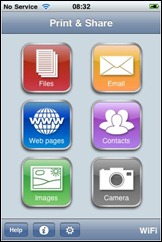 Exit MS phones, enter the iPhone – which I only really discovered as a couple of pals of mine were determined to convert me over (I’m not known for being MAC-friendly). There are a couple of features which TOGETHER give the iPhone 3GS a head start and they include the tilt sensor and compass. Combined with sat-nav hardware, a solid, reliable operating system and unlimited data bundling, these together forma fantastic base – which makes possible the REAL innovation which is the APP store and the thousands of often very clever APPS, none of which would be any use at all at normal software pricing but at anything from free to typically a couple of £££s you have a market that’s hard not to get enthusiastic about. Not only can you idle the hours away looking for new APPS, but you’re informed automatically of any updates to existing APPS which then come in pretty much without any attention (preferably on WIFI but I’ve updated a few over 3G without problems). So what is actually happening here is that your “phone” is evolving on an almost daily basis without even being connected to any PC.. and that’s part of what keeps up the interest. 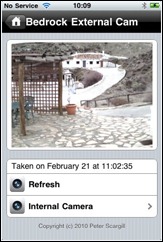 Every couple of days I see something new, some new idea that might never have occurred to me – or some gripe I have with an existing app simply goes away due to constant improvement. Who would have thought you could use a phone to monitor sleep patterns or to identify stars or point to restaurants using the camera or remote control your media centre or measure distance or go shopping… the list is never-ending and continually growing.

I have around really good 150 Apps on my 16G 3GS iPhone and the biggest of the lot is TOMTOM which covers all of Europe – yet looking at the graph below as you can see, I’ve used only a small part of available memory, under 3GB out of 16GB on APPS. Not only that but having just written my first WEB APP I feel I’m on the way to making a contribution to the APP community (see Bedrock Cam above, keeping an eye on our place in Spain).

I can see where it might be worth getting the 32GB version if you really want to carry around a bunch of videos and thousands of tunes as well. Personally I’m happy with access to thousands of radio stations and my entire music collection back home as long as I have a 3G connection…. yes, a decent 3G connection is perfectly adequate for streaming music to the device.

And that’s really what this is… it’s an “iDevice”, no longer simply a phone but a portable entertainment system. Does this make it any less valid as a business tool? Hell no, email handling is superb, I have multiple email accounts in there along with the ability to read business documents (WORD and PDF as examples) with ease – within the limitations of the screen size of course. The copy and paste ideas implemented by Apple are superb and until you’ve seen them in action along with the associated magnifying glass, it’s hard to describe other than to say they are completely intuitive and need no training to use unless you’re very, very slow. 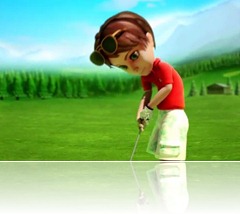 Let me say that the phone itself is NOT perfect… the battery life is ATTROCIOUS, fortunately there’s a way around that and so my phone is permanently carried around in a MILI sleeve which fits snugly over the phone and includes a built-in battery, taking the combination to well over 24 hours operation and removing the need to use the ridiculously complicated Apple connector in favour of a bog-standard mini-USB socket. Thankfully the iPhone power supply is one of those mains plugs with a USB connector on the bottom so it’s just a case of ditching the Apple lead (curiously white even though I bought a black iPhone) and replacing it with a USB to mini-USB lead.

From serious business using multiple email accounts including MS Exchange (which the iPhone handles flawlessly including email, contacts, notes and the all-important calendar) through novelty business applications to full-on gaming this is in my mind currently the best option for a mobile device – loving every minute of it.

And that’s just the start! Soon it appears much of this will be available for the new iPad. The Jury is still out on that.