There was a time when Apple updates were awaited eagerly by millions, constantly checking to see when they were ready…. how things change.

I was sitting near the phone this morning when a message popped up to say that IOS 6.01 was available. I pressed a couple of buttons and forgot all about it. 20 minutes later I checked the phone and one could be forgiven for thinking it had not done anything… it is updated ok but with no visible changes.

I’ve kind of gone off IOS recently because Ice-Cream Sandwich (Android) is coming along nicely, particularly since the latest updates and it’s just more “fun” – even the once-naff Android Market (today referred to as Google Play) has some pretty good stuff now including a decent PDF reader. One of my biggest gripes about IOS remains – the WIFI is not very good – if you have more than one access point in your office or home, IOS seems incapable of automatically selecting the best as you move back and forth between access points. Now, don’t get me wrong, Android is no better – but there’s a free App for that in the case of the latter. There is no such thing for IOS.

Well, not much has changed with the new update, the screens look the same, the WIFI still doesn’t select the best option and indeed looking through the list of fixes that they’ve done – I don’t know anyone that suffered from the few problems cited as the reason for the update.

So pretty much a non-event, the whole update happened without interaction and everything works a treat – but such a far cry from the kind of updates we’re seeing in Android and indeed elsewhere. Is it any reason that people are picking the likes of the Samsung S3..

Come on Apple, give your existing users something new and exciting for a change.

When the Raspberry Pi came out I had one on order straight away. This was the future, so they said. It turned up several months later – rubbish operating system, almost no library material out there.

Remember this? this is straight from the website today..

There it is, less than 20 quid for a computer.. Sounds sensible – gives even Arduino a run for it’s money, right?

Well, that’s the theory – but a quick trip even to Amazon website in the UK reveals something different..

Sorry, what…… £40?? You could buy a cheap TABLET from China for that – and include the screen for heaven’s sake?

Perhaps if and when there is a proper environment for it and the price actually drops (no doubt importing from China) then it may be time to look again, until then…

Over in Spain, I recently found myself needing to look up a web page on the move.  After receiving text after text from THREE as you do overseas, I finally succumbed to the one that said “Get online as much as you like in the EU for just £5 a day with the Euro Internet Pass”.

I paid my money  – and sure enough the phone could browse the web – but phone browsers don’t work with all websites and the airline site was no exception – so I switched on the laptop and shared the phone connection with it as I do all the time back home.

A THREE-generated page popped up to say this was not allowed.

Do phone companies EVER get sick of misleading the public? How can “get online as much as you like” mean anything other than what it says? This bunch are no better than Orange when it comes to the massaging the truth in advertising.

I can see another round of calls to the Indian call centre who don’t have a clue. 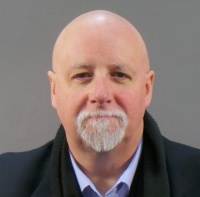